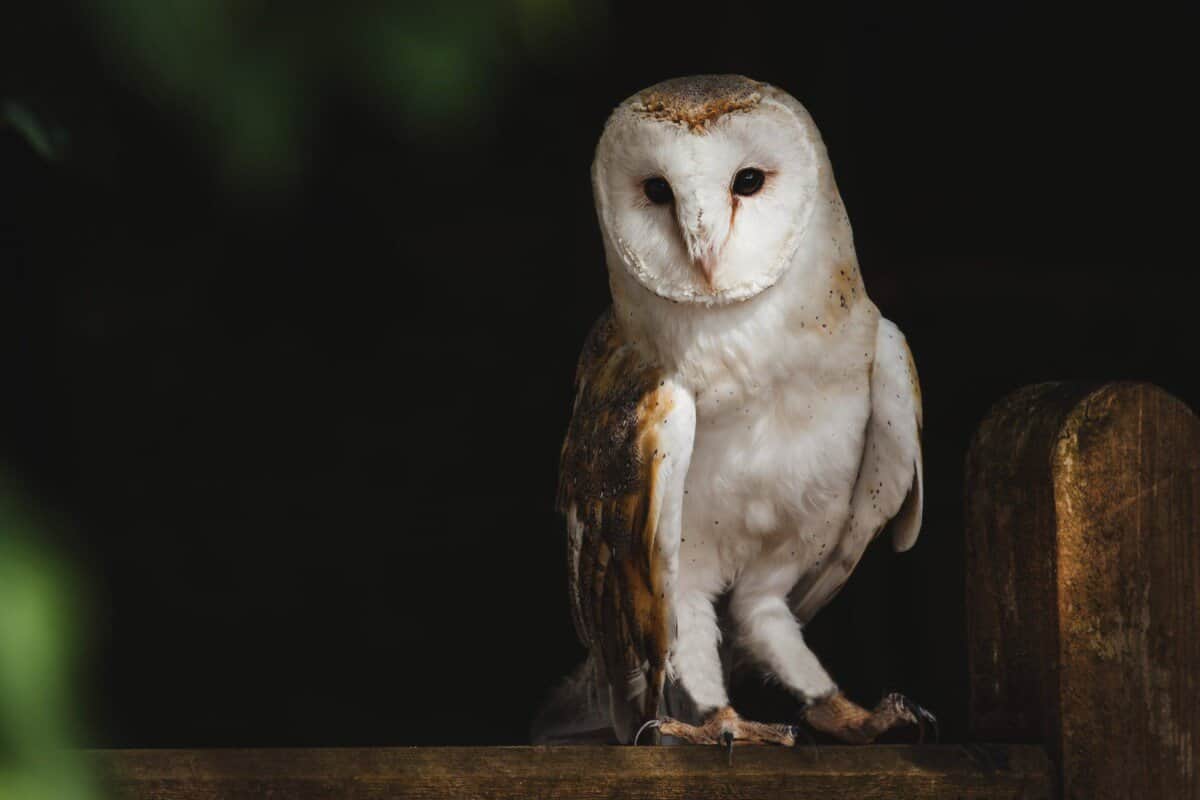 So we all know birds fly around all day. But if you’re like me, you may have wondered one thing: “Do birds fly around at night?” I was so curious about this that I did my own research and came up with an answer. Here’s what I found:

There are a few reasons why birds fly around at night. I will discuss all these reasons in this article, so stick around. Read on for more!

Why Do Birds Fly Around At Night?

Nocturnal birds mostly fly around at night to do their own daily activities such as foraging, hunting, mating, etc.

For diurnal birds, as it is not typically normal to see them flying around at night, they only fly at night for two reasons: (1) escaping from threats and (2) migration.

One of the main reasons you would see birds flying around at night would be to escape from threats! Here’s an explanation:

Birds that are awake during the daytime (diurnal birds) are the ones that you will see flying around at night to escape from threats!

Diurnal birds tend to sleep in small bouts of time at night and will be startled awake by a loud rustling noise or to the threat of an incoming predator.

In fact, some birds sleep with just a single eye open! This is known as unihemispheric slow-wave sleep (USWS), which allows one side of their brain to stay alert, while the other half stays asleep.

This allows for them to quickly flee by flying away when a threat arises!

Migration is one of the biggest reasons why any bird will fly around at night!

Both diurnal and nocturnal birds take their migratory flights at night, but this depends on whether a daytime flight or nighttime flight conserves more energy.

Despite this, most birds still take on their migratory flight at night. This is due to the many advantages that it can bring to a bird.

Advantages of a Night Migratory Flight:

Witness a massive songbird night migration flight in the video below!

Here’s a video showing night migration flights of birds for 24 hours during migration season. Each freeze frame is a 10-minute interval.

This was done by Cornell University researchers:

Examples Of Birds Which Fly At Night

The tendency for birds to fly around at night depends on whether a bird is nocturnal or diurnal.

A nocturnal bird typically is awake during the night but asleep during the day, has very keen senses of hearing and eyesight that help it adapt to the low-light environments that they are in.

Nocturnal birds are the ones that you would most likely expect to see flying around in the late hours of the night.

Here’s a short video of some nocturnal birds you might know:

A diurnal bird is simply the opposite of a nocturnal bird. It is typically awake during the day and sleeps during the nighttime.

They typically do not have such keen senses as their nocturnal friends as they do most of their activities during the day when it’s easier to detect prey and predators.

This type of bird is not typically seen flying around at night, but they are still seen at dawn and dusk, during migration periods, and when they are threatened by a predator.

Examples of diurnal birds are Songbirds, Thrushes, Warblers, and Kingfishers.

The Ability To Fly At Night

Okay, so you know that it’s mostly nocturnal birds that fly around at night. However, the first thing that comes to mind when flying at night is the bird’s ability to SEE at night.

If the poor bird can’t seem to see his way through the night, then there’s no point in flying and crashing soon after.

The most popular nocturnal bird that everyone should know is probably the Barn Owl! Owls are active at night and they perform their daily activities such as hunting all at night.

As such, their eyes are highly adapted to capture and process light.

If there were no such mechanism, then owls would find it hard to spot prey and find even more difficulty simply flying around without crashing!

Owls’ eyes are specially adapted with large corneas and pupils with a binocular vision that allows a LOT of light to enter their eyes to focus on a plane called the retina (the back of the eye that faces forward).

The retina of an owl has a high proportion of light-sensitive rod cells that allow it to see in the dark.

In addition, they have another layer of tissue that covers their eyes with oil droplets, giving it a bright reflective sheen when you shine a light at their eyes.

This helps them see more in the dark so they won’t go crashing around when they fly!

Here, check out this video of an owl using its supreme eyesight to hunt its prey in the dark:

Compared to our human eyes, they can see far more than we can. As their eyes are highly adaptable, they can adjust their pupils to suit daytime and nighttime brightness. So they are able to fly both during the day and in the nighttime.

Nocturnal birds have great eyesight but they also need to be dead silent during the night. Why? That’s because lots of bird prey will rely mostly on sense of hearing to determine an incoming predator.

Nocturnal birds have adapted against that in their completely-silent flight sounds.

If you were to compare the flight sounds of diurnal birds such as birds of prey and nocturnal birds, you will see a STARK DIFFERENCE that even baffles experts.

Have a look at the video below of the flight sound comparison between a Pigeon, a Peregrine Falcon, and a Barn Owl:

Experts in the video have explained that the decreased sound in the wingbeats of the barn owl is attributed to its small body size and a large wingspan that allow it to glide easily through the air.

This enables owls to fly around silently in the night and hunt their prey without their prey noticing.

So technically, you wouldn’t really be able to hear owls flying right outside your home at night, but trust me, they are all around us!

Here’s another example of Nightjars flying around at dusk/dawn. Apart from their loud call, they do fly around really silently and swiftly too – mostly gliding around.

Now you know that birds do indeed fly around at night, but it’s just that we either don’t see or hear them!

It’s interesting to have found out all this information and I hope you’ve learned a thing or two about bird night flight!

Thank you for reading and happy birding!