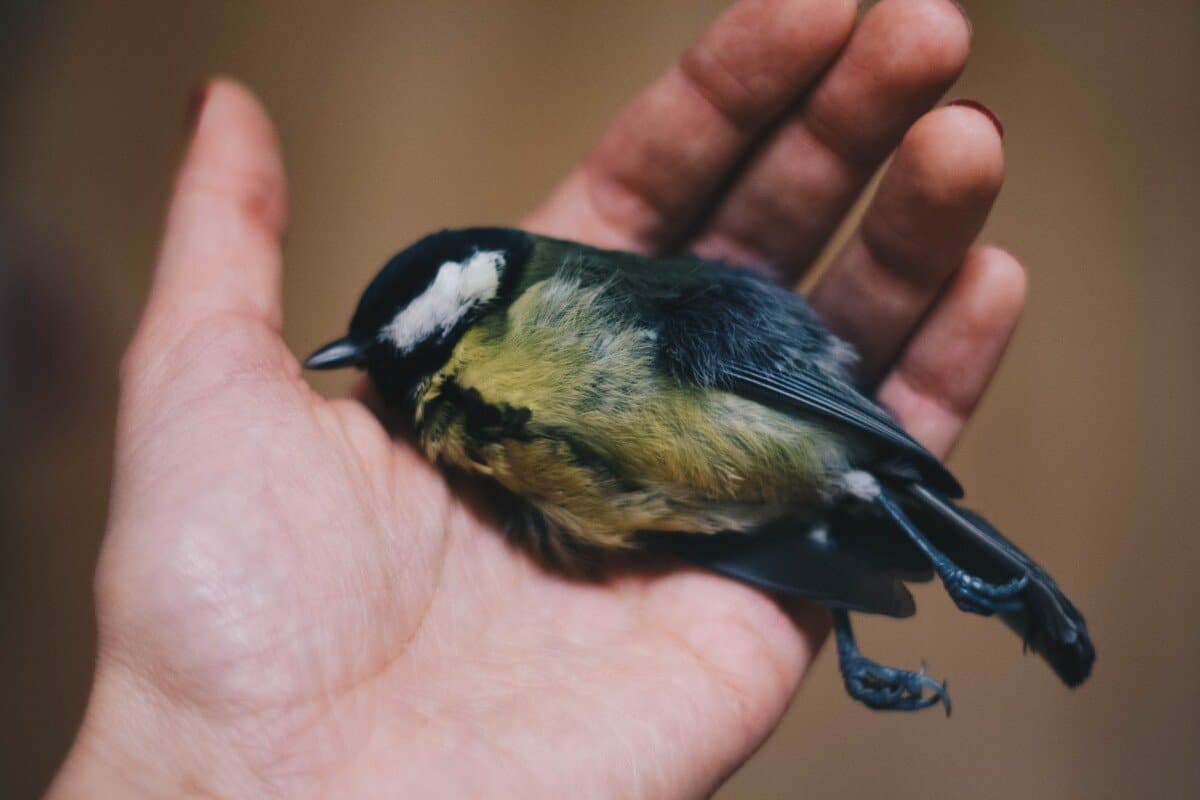 I vividly remember seeing a bird fly straight into a window on my campus. I wondered to myself later: ‘do birds die when they fly into windows?’ I was curious, so I did a deep analysis of bird collision data and found some answers. Here’s what I found:

Bird collisions are the cause of death for a lot of birds over the years. In this article, I will be taking you through an in-depth analysis of bird collisions, and hopefully, satisfy your curiosity about this! Read on to find out more:

Do Birds Die When They Fly Into Windows? (Continued In-depth answer)

Unfortunately, the majority of birds die when they fly into windows, whether that be our office windows, our home windows, or simply any landscape that has continuous glass.

You may be shocked to find out that death due to bird collisions is actually the 2nd leading cause of man-caused death in birds – just behind domestic cat kills. [1]

Upon deeper analysis, the bird collision outcome has shown to only have a 35.5% survival rate, for all recordings since 1987. All of the data analyses in this article have been retrieved from the Global Bird Collision Mapper from the FLAP (Fatal Light Awareness Program) and performed in Tableau. All data recorded are from citizen scientists and volunteers.

Sadly, most birds who collide with windows are stunned, continue to fly away, and die shortly after due to the massive trauma suffered to their brains. They die from internal bleeding soon afterward. In some cases, birds will die immediately on impact, depending on the speed it collides at.

To find out more about bird collisions, I did up an interactive dashboard for you to play around with below. Click on the graph elements to filter and see how the data changes accordingly! Click the bottom right corner icon to switch to full-screen mode for the best viewing experience!

Why Do Birds Fly Into Windows?

Now you know the severity of and low survival rate of birds flying into windows, you may wonder to yourself: ‘why do birds fly into windows?’

Bird collisions with windows are divided into two categories: daytime and nighttime collisions.

During the daytime, windows on buildings either look like the sky or reflect the image of foliage around, causing birds to be confused and fly into windows.

Especially in individual residences, those with bird feeders are more likely to experience a bird collision than those without, possibly due to a larger number of bird visits.

Birds can’t see the glass because they lack the ability to detect cues and the context of the environment.

Some birds may learn about glass buildings in their neighborhood through repeated encounters, but they are not able to put that into context and take cues and ‘learn’ how to determine if a window is vegetation or not.

Here’s a video of how birds are fooled to think windows are natural vegetation:

During the nighttime, birds that migrate by night (songbirds) take to the skies in large numbers. During their flight, they are confused by the bright lights from building windows that lure them away from their original route, and into a head-on collision.

How Often Do Birds Fly Into Windows?

Based on the graph above, the number of recorded bird collisions reaches its peak during March – June, and August – October, coinciding with the Spring and Autumn bird migration periods when birds fly long distances to beat the harsh winter.

How Do Birds Die When They Fly Into Windows?

Most birds die from heavy trauma to their brains when they fly into windows. Most birds fly into windows with enough speed to cause severe internal bleeding and brain damage, causing them to bleed to their deaths. Birds do not die immediately after colliding but usually stay stunned for a while before dying soon after.

Also, if you’re curious about why birds keep flying to our houses, read this article I wrote all about it. I also include the steps to take to prevent birds from flying into your house!

Which Bird Species Fly Into Windows The Most Often?

I got really curious as to which bird species flew into windows the most often over the years. The bird species that experienced the most bird collisions was the White-throated Sparrow: at 7,125 observations.

Out of these observations, nearly half were reported to be dead. Golden-crowned Kinglets have also been reported to have one of the highest bird collisions at 6,310 observations. The mortality rate for them was slightly higher than the survival rate.

Have Bird Collisions Increased Over The Years?

With all the increased number of humans living on the planet, and more of us installing lights in our cities, I wondered if the bird collisions have increased over the years. So I did a graph to take a look at the trend. Feel free to refer to the dashboard at the beginning of this article for interactivity and a clearer picture!

Why Are Birds Colliding With Buildings?

Birds are colliding with buildings because they are unable to see the transparent glass of building windows. Birds may also mistake the reflection of certain windows as vegetation and fly right through them. At night, many migratory songbirds fly into windows because of the light that comes out of them at night.

Above is a picture of a highly reflective building with lots of windows from my school’s campus: the School of Art, Design, and Media. It’s one of the spots where I always see birds lying head after a collision. (not shown in picture)

Experts have found that buildings that have a continuous glass pane were identified to have a higher risk for bird collision. [3]

In addition, any reflective or translucent glass materials were also found to be more dangerous for birds to collide with. [4]

The larger the surface where birds can see their reflection, the more likely birds are going to believe that it is not a reflection, causing more bird collisions.

2. Presence of Nearby Vegetation and Feeders

If glass windows are near vegetation or urban greenery, then birds are more likely to be flying into the windows, mistaking them as normal foliage.

As seen in the above graph, the times of the year when bird collisions happen the most are during the spring and autumn seasons, with a huge reduction during the wintertime.

This is due to the increased traffic of birds flying during their migration flight, whether that be by day or by night. Songbirds, especially, who fly by night are extra susceptible

During the springtime, the increased competition and rivalry between birds that have begun breeding has also led to an increase in bird collisions.

Birds mistakenly fly into windows, thinking that their reflection in the window is another rival bird. This is why the number of bird collisions peaks in May when their breeding activity is the highest.

Increased abundance of birds in the area of vicinity of windows increase the likelihood to bird collisions, simply by chance alone.

Different bird species have different behavioral characteristics, which has shown that some species are more likely to collide than others.

In a study done by experts, they also discovered that the White-throated Sparrow experienced the most building kills. Vulnerability also varies among species and is highly variable.

How To Keep Birds Away From Windows? (Making Them Bird Safe)

If you’re ever experienced hearing a bird collision — a loud ‘THUD’ on your window, then you’d never forget how it sounded like. You peer out the window and you see a beautiful bird outside, lying motionless. You’ll never want to experience it again.

Actually, all that can be prevented with some simple measures. Here’s how you can keep birds away from windows; making them bird safe.

Here are some basic bird-safe steps you can take:

Can A Bird Survive Flying Into A Window?

Throughout this article, we have discovered that birds indeed do die from flying into windows. In fact, a majority of birds that fly into windows will die.

This sad truth is almost unbearable for me to discover especially as we are building more and more buildings with windows in our modern society.

Let’s all do our part to help our feathered friends navigate safely to their destination during spring and autumn. I hope you have enjoyed reading this article, and thanks for reading. Happy birding!