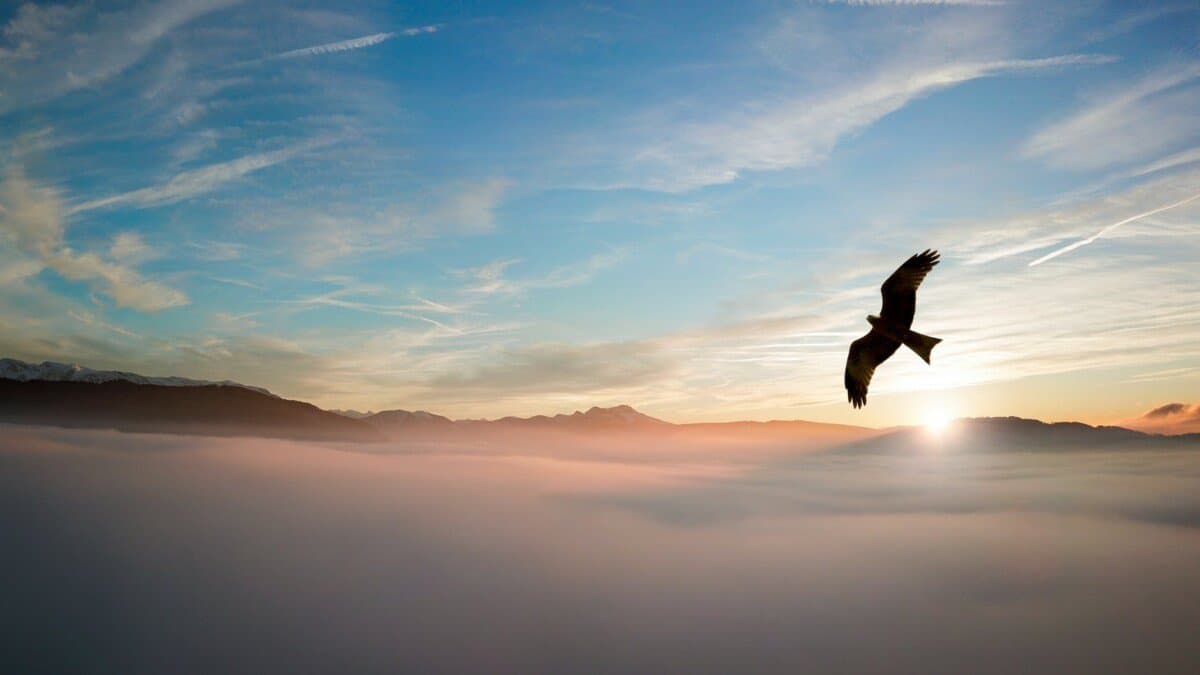 Have you been rudely awoken by the birds just outside your window, chirping loudly away? Well, I have. At the time, I thought: “What time do birds get up in the morning?”. And so I did my own research and found an answer! Here’s what I found:

Birds wake up at about 4 am or an hour before sunrise, which they will begin singing their dawn choruses. Birds tend to wake up whenever they sense daylight. The time that birds wake up varies a lot among different species and different environments where there is light pollution and changing seasons.

Well, we all know that birds wake up pretty early in the morning to start their morning call.

Stick around, and I’ll go into the details of what time they wake up and their annoying morning calls! Read on:

If asked the question on what time do birds get up, you’ve most likely been woken up by a dawn chorus before. Dawn choruses are a particular cacophony of birdsong that is often heard in the early mornings to announce their presence and awakening.

Although birdsongs can be heard throughout the day, the dawn choruses heard in the mornings are often louder, livelier, and heard more frequently.

Dawn Choruses are known to provide a display of vitality and fitness of the singer. Birds sing as an essential part of birdlife, announcing to their kind within earshot that they have survived the night.

As such, birds sing to attract both mates and warn others of their territory.

The birds’ perception of daybreak is really what makes the bird wake up and start calling out their dawn chorus. Birds perceive the light in the environments around them to be an indication of daybreak, where they will start announcing their presence.

I’ve found through various sources like from online forums and websites here and here that there could be multiple factors that can affect bird wake up timings. I’ve summarized the information for your easy reading below

Interestingly, the seasons can actually affect the timing in which birds can wake up. Some have complained of dawn choruses earlier in the mornings during the summer and spring periods. This could be due to both temperature changes in the environment and also the sunrise timing in the region.

According to sources online here, scientists and experts have conducted some cool experiments on how different lighting environments affect European bird wake-up times and dawn choruses.

Interestingly, they have found that light pollution from streetlamps in cities has brought up the start of dawn singing in birds up till almost 30 minutes earlier than their normal wake up times!

In addition, experts have also found through their experiments that the light intensity of the light source near the birds also brings their wake up the timing to an earlier timing.

As a rule of thumb, birds wake up before or at sunrise, but there are apparently many different wake-up times for different bird species all over. Here are some examples:

Why Do Birds Start Their Dawn Choruses So Early?

Do you like the dawn choruses that you hear in the early mornings? I’m sure most of you don’t, you sleepyheads! BUT, there are some who absolutely do.

They have even took the effort to officiate a day to commemorate the dawn choruses of birds all around the globe.

Check this out. The International Dawn Chorus Day is held annually on the first Sundays of the month of May.

Quite comically, on this particular, the public is generally encouraged to rise up earlier (before sunrise) to listen in to bird song. These early risers will come together in organized events.

The event first started out in a small scale – in Birmingham, England, where early risers rise to listen to dawn choruses, by the Urban Wildlife Trust (now The Wildlife Trust for Birmingham and the Black Country). Since then, the movement has caught on and spread to all parts of the globe.

Ever since, the movement has caught global attention and spread internationally.

Check out the following videos on the International Dawn Chorus Day out!

A montage of British Dawn Choruses:

What Time Do Birds Wake Up In Winter?

Birds wake up at about 7 am in winter, which they will begin singing their dawn choruses. Birds tend to wake up whenever they sense daylight. The time that birds wake up varies a lot among different species and different environments where there is light pollution and changing seasons.

Now that we all know what time birds get up in the mornings, learnt a little about their dawn choruses, and have heard the sweet birdsongs on International Dawn Chorus Day video, it’s time for you to decide. Do you now love or hate birds waking up in the early monrings?